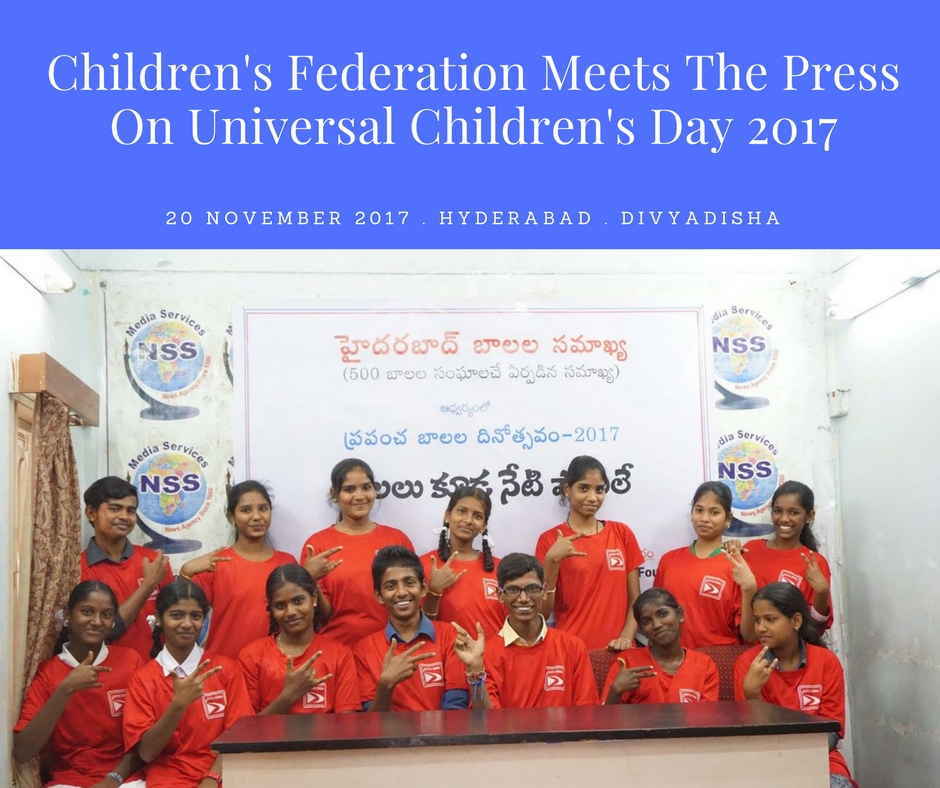 United Nations Universal Children’s Day was established in 1954 and is celebrated on November 20th each year to promote international togetherness, awareness among children worldwide, and improving children’s welfare.

Since 1990, Universal Children’s Day also marks the anniversary of the date that the UN General Assembly adopted both the declaration and the convention on children’s rights.

The theme for 2017 was #KidsTakeOver. As Justin Forsyth UNICEF Deputy Executive Director said “World Children’s Day will be a day for children, by children.”

Further to the consultation between children and GHMC Corporators, The Hyderabad Children’s Federation called for a Press Meet on Universal Children’s Day.

The children demanded that their voices be heard by the Government and policy makers.

They requested for the Greater Hyderabad Municipal Corporation (GHMC) to set up a Help Desk for children and to initiate Balala Vaani – a regular meeting between children and GHMC officials.