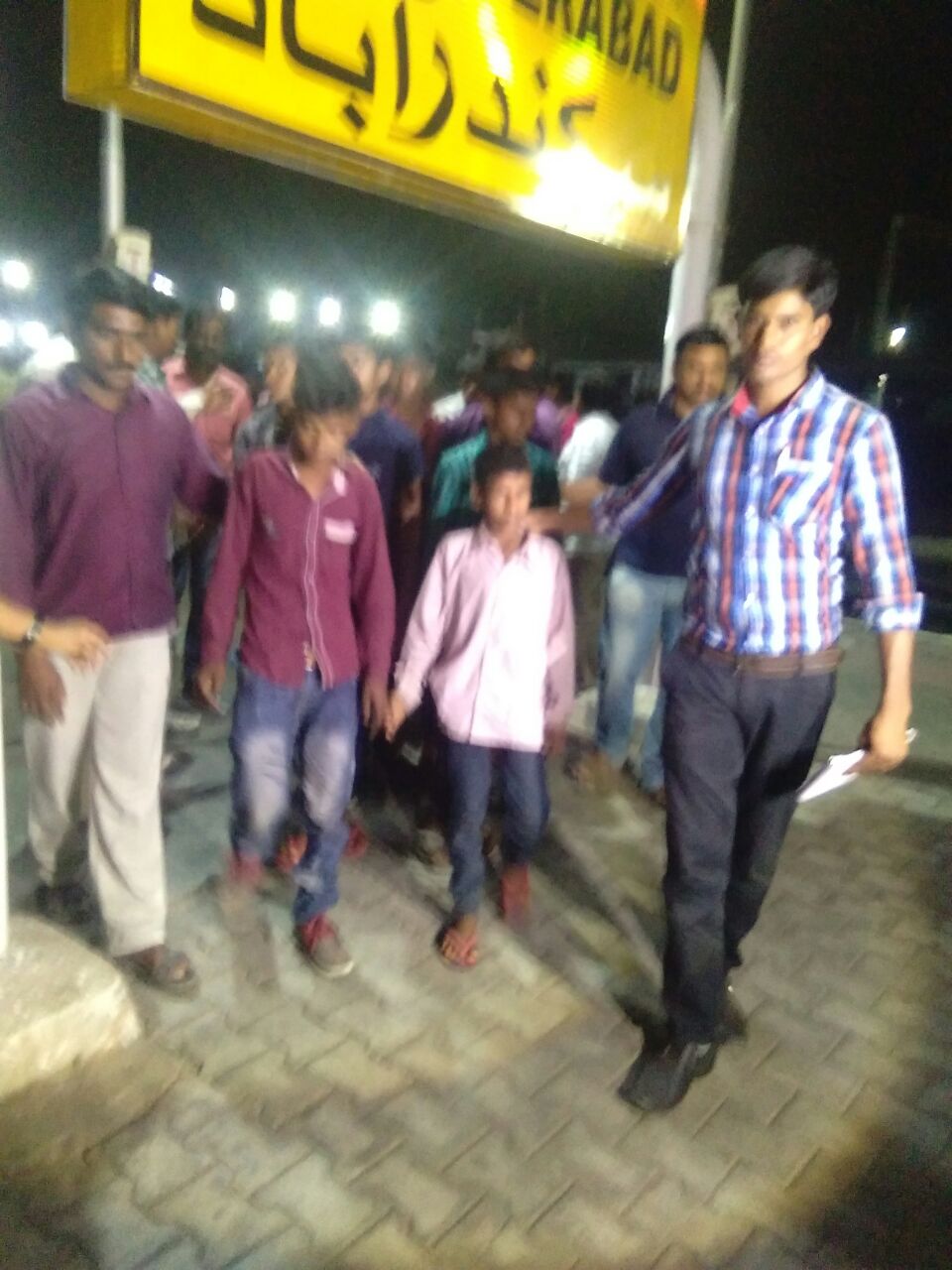 Divya Disha’s Railway Childline Coordinator,  received information about children being brought, to be used as child labour, to Hyderabad on the Danapur train.  Working in conjunction with other agencies, 17 boys were rescued at Secunderabad Railway station – one boy was 8 years old and the others between 15 -17 years.

From the Times of India article on this story:

“Ghumne ke Liya Aya” is what the minor children were trained by traffickers to tell the government agencies and voluntary organisations when they are rescued.

When TOI spoke to 17 minors brought to Hyderabad from India’s most impoverished districts of Bihar who were rescued on Wednesday night while they were getting off the Secunderabad-Danapur Express at Secunderabad Railway Station most of them said that they came to the city for sightseeing and to meet their relatives. The real picture of the story is otherwise.

Persistent interviewing by the agencies while the rescue operation is on the some of the rescued boys spilled the beans stating that a middleman hired them for jobs in Katedan industrial area and shoemaking units in Old city of Hyderabad.

The brokers taking advantage of poverty, unemployment, unavailability of resources in some of the districts of Bihar and other States are trafficking minors to Hyderabad to work in hazardous industries.

The children were taken to the Government Boys Home and have since been produced before the Child Welfare Committee.