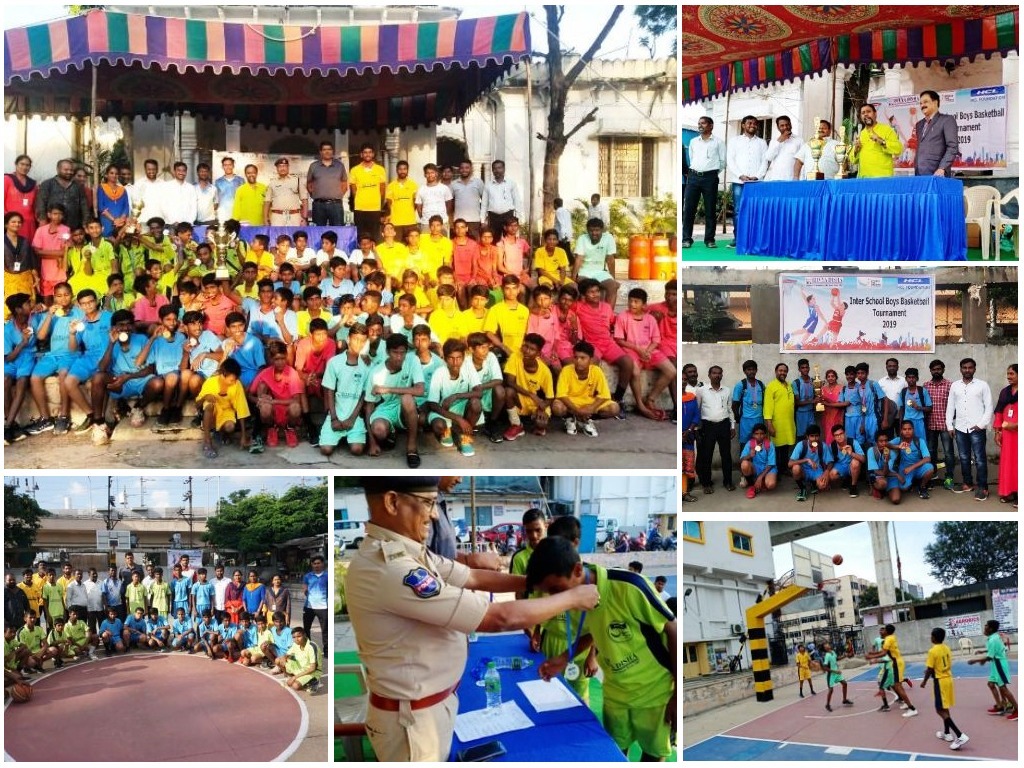 There was a tough competition among the schools for the champion’s title. Majeedia and Vijay Nagar Colony were the finalists. Both the schools gave a tough competition to each other. But Govt. High school Majeedia defeated Vijay Nagar Colony School in the final match. The Boys from Majeedia Govt. High school won the title of Champion of Inter School Boys’ Basketball Tournament, 2019.